I have been on this bicycle trek since mid-January when we started in Cairo. On that first day, the thought of the end appeared distant and impossible. In fact, thinking of the end would have made the daily routine impossible for the only way to proceed was to keep oneself as rigorously as possible in the present moment: this day, this road, this kilometer. At best one could look forward to a coke stop or the lunch break or that day’s campsite (the latter only after lunch).

Even as we passed the half-way mark, then the three-quarter mark and then only two weeks left, I could not let my mind stray to the end point. There was something too exposing to do so. For to think of that would have been to allow the dissolution of the I that I had become as a cyclist in Africa. I would have to unravel that self and open the door to the everyday self that I had, for the duration, put on the shelf.

Without that shelving I could not have cycled thousands of kilometers passing through ten countries in north and east Africa through terrain that varied from the deserts of Sudan and Namibia and the mountain highlands of Ethiopia to the Tanzanian Rift Valley, the elephant corridor of Botswana and much more.  I would not have managed the great distances we rode, often 150-160 kms for days in succession and not infrequently in harsh conditions:  in fierce heat into strong headwinds, up steep switchback roads to 10,000 feet and through gravel sand-pit roads that challenged even the best of us. 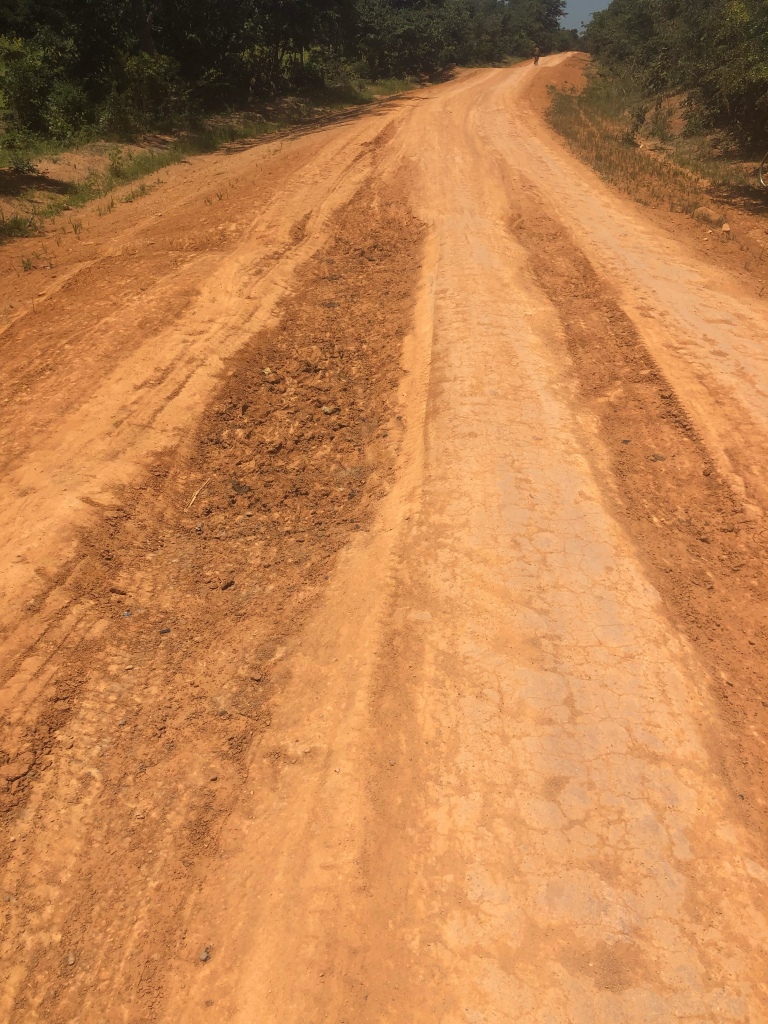 Single-mindedness brought its own rewards in the way of a monastic retreat, for in a way that is what it has been yet more complex. The centrifugal inward movement played constantly against the centripetal force of Africa pulling oneself out; the engagement with self helically intertwined with the engagement with the Other making for a profound, challenging creative tension.

It was only on crossing the border into South Africa, our tenth and final country, that I was shaken by a spasm of emotion. I had come this long way; I had done something that I was greatly uncertain that I could ever do. I was coming to the end of an undertaking whose meaning was never clear and did not have to be. But with the approach of the end all manner of questions and emotions would seep in like an oil spill.

I became superstitious; we still faced six days of arduous cycling. Anything could happen between now and then to hinder that final, triumphant entry into Cape Town. I noticed how it cropped up in our conversations. Many of us repeating a variant of the mantra, “I need to be able to ride into Cape Town”, as if that ultimate prize could be snatched from us when it was within our grasp. I could feel, even on the last day, how I rode with bated breath as if everything that had come before would be undone if for some reason I had to climb in the van for the last kilometers.

The last 17 kilometers we rode in convoy, a tight peloton, with a police escort. Ahead of us loomed Table Mountain, large and momentous, unveiling itself from its earlier cloud and mist shroud, as if to acknowledge we had done it, we had arrived. We, a motley group of ordinary people from a variety of backgrounds, occupations and ages, who for a while had become extraordinary in the pursuit of our common objective. Soon, like Cinderella at midnight, we will revert to what we were. Yet we will forever carry some inalienable piece of magic in us.