“I gotta ride my ride.” This was the mantra of one of the riders, a sotto voce aside repeated to no one in particular whenever he found himself in some kind of difficulty. Eventually, I understood this to be a reminder to self that he rode best when he rode in a style that he had over the years made his own. For from time to time, it seemed, he tried to adapt a different way of cycling as if Africa demanded something new of him. As I thought of this I realized that we all have our “ride”. Each of the cyclists has a mode of pedaling that is as distinctive as their walk. We can recognize each other at a distance just by the way the bike moves. 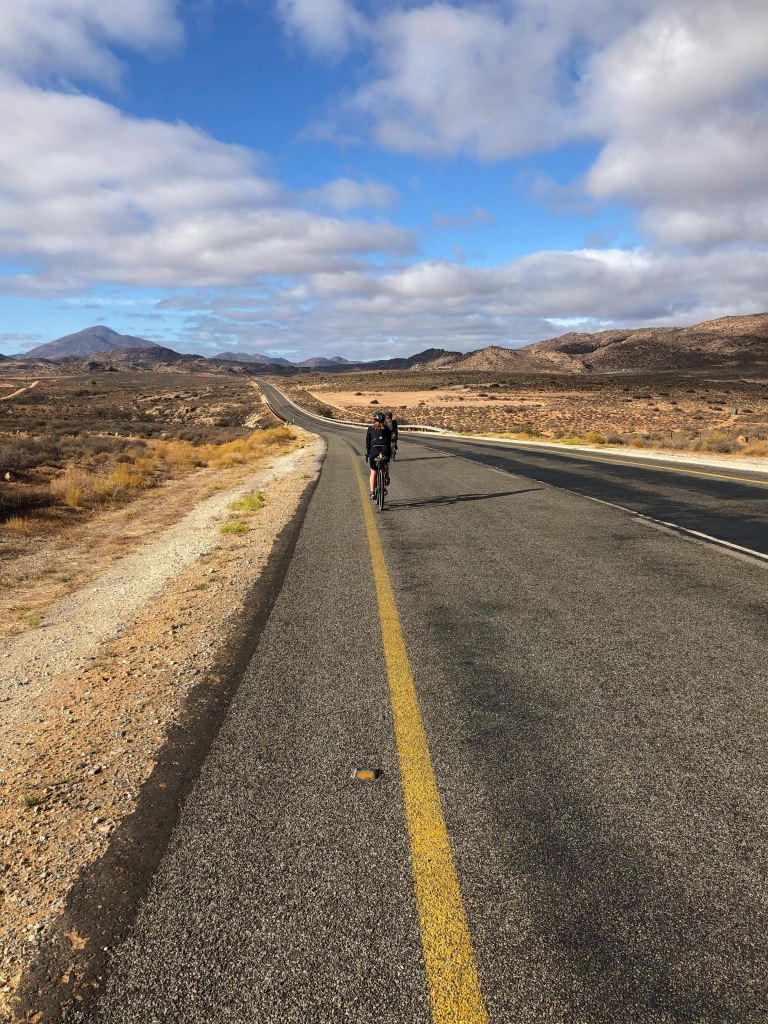 C is as precise as a reciprocating engine whose pistons are calibrated and set to an unvarying, rapid tempo. If one could measure the flex of his knees in rotation there would certainly be little deviance between pedal strokes over tens or hundreds of kilometers regardless of terrain. Be it flat, steep, rough, smooth he flys along straight as an arrow with the body bent to its most efficient angle. His streamlined red helmet gives him the look of Hermes, messenger of the gods.

R cycles as she walks, a saunter that is a touch too deliberate to be casual. It hints at purpose and determination that for whatever reason cannot be fully revealed. So it is with her pedal strokes, powerful yet by some trompe d’oeil they appear as that of a Sunday cyclist. Yet the appearance is belied by the reality that within minutes she is a disappearing figure on the horizon.

M has calves as thick as my waist. His strokes are light, easy and graceful, a calligrapher whose delicate pedal touch brushes arcs in the air. S is an unleashed Great Dane bounding down the road with an open-hearted joy and unselfconscious power. His great limbs beat down on the pedals thrusting the bike forward into a future he is eager to grasp and explore.

F is a jackhammer pounding at the pedals as if breaking concrete while S’s legs whirl as rapidly as a hummingbird’s wings. If D is deliberate and majestic as the opening chords of a Wagnerian work, L is as light and rapid as Chopin. N lopes like a lone wolf; B darts forward, a greyhound at the races.

So it goes. Each of us has a ride that is as unique to us as our fingerprints. We may learn and borrow from each other but what we take we quickly adapt and transform. It must become ours. As the weeks and kilometers passed, we settled into our ride, constantly adjusting and fine tuning who and what we are in the saddle. We seek that sweet spot where bike and human meld into extensions of each other. It is an elusive goal. We may touch it here and there as if tasting the ambrosia of the gods only to be enflamed even more in the ceaseless pursuit of this our cycling grail. 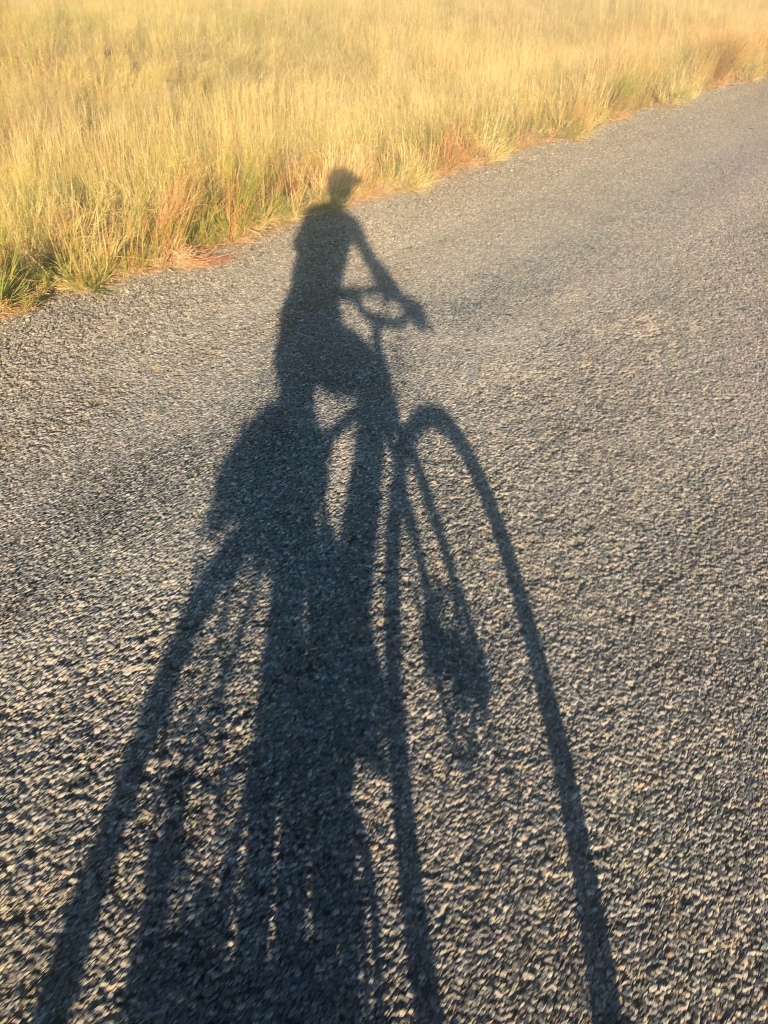